On September 21 and 22, 2013 from 1700Z to 1700Z, the Shuswap
Amateur Radio Club activated Copper Island, the only island on Shuswap Lake, a key recreational water body in our province covering 120 square miles with a maximum depth of 530 feet.

As Copper Island is located in Shuswap Lake Provincial Park, special permission was sought and granted from BC Parks as detailed in Letter of Permission #026-2013.

Essentially, all radio operations were made from two stations located on a rented pontoon boat, wheras our dipole antennas for 20, 40, and 80 metres were located on the rocky shores of the island itself.

In addition, an 8×10 foot deluxe wall tent was erected on a temporary wooden foundation to serve primarily as a refreshment area and equipment shelter.

Our site of operations on the southeast corner of the island was selected on September 8th and the formal island set-up began on Friday, September 20th.

Countries worked in addition to Canada and the U.S. were Slovenia, Mexico, Italy, and the Netherlands.

No less worthy was the help of VA7DTX, VA7TSG, VE7ODR, and VA7DBC with set-up, antenna work, and assistance with the boats.

The weather cooperated for the most part with mixed sun and cloud, but
strong winds and five-foot swells breaking onto the beach overnight on Saturday required extensive bailing of a 19-foot pleasure craft over several hours.

Everyone who participated in this our first-time-ever activation is keen to look nearby for prospective islands to activate in coming years. 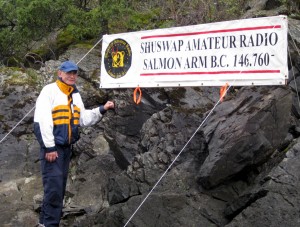 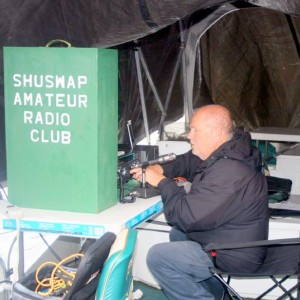 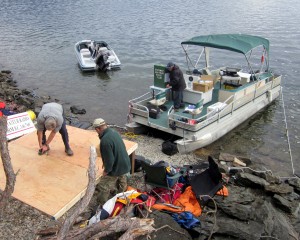 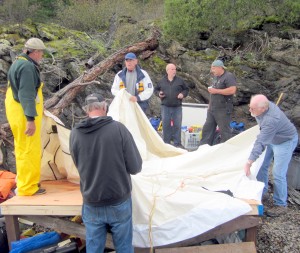 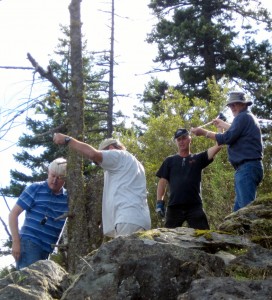 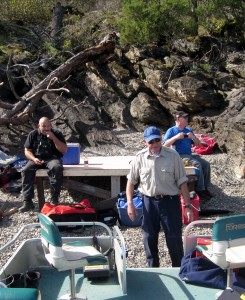 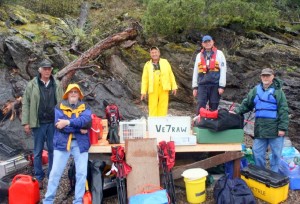 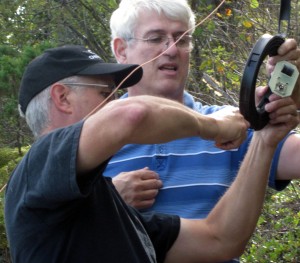 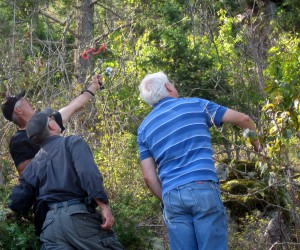 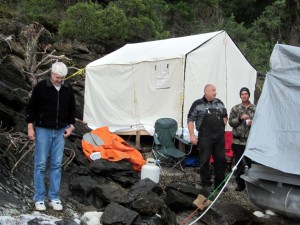 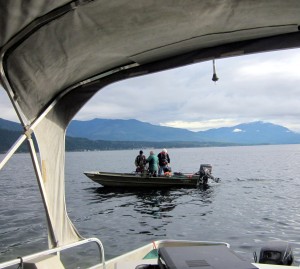