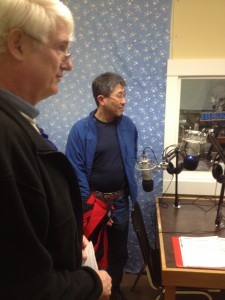 On February 13, 2014, after the regular SARC monthly business meeting in the Downtown Activity Centre in Salmon Arm, more than a dozen radio amateurs moved upstairs to the Office and Studio of CKVS in Room 30 on the third floor.

It began broadcasting on December 10, 2012 from its 15-watt 93.7 FM transmitter on Tappen Mountain, about 10 kilometres from the DAC.

The radio station is strictly a volunteer operation run by a Registered Non-Profit society. All working volunteers must pay the annual society membership of $25 for adults, $20 for youth and $15 for those over 65. There are also membership rates for societies and corporations.

The station is funded by these membership dues, donations, and sponsorships by a number of individuals and corporations, including Mascon, SASCU, CSRD, City of Salmon Arm, Askew’s, De Milles, Java Jive, Lakeside Insurance, City Furniture, Apple Auto Glass, and City Furniture among others.

More details are available on the society’s web site at voiceoftheshuswap.ca. including how to receive programming on internet audio stream.

Programming is a diverse mixture of talk shows and local and world music shows in English and other languages.

For those interested, CKVS offers an introductory course in community radio in a time frame of several afternoons plus a full day on Saturday.

The Shuswap Amateur Radio Club found this insight into Community Radio very interesting and saw many parallels between it and amateur radio in terms of propagation. . 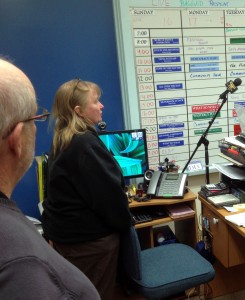 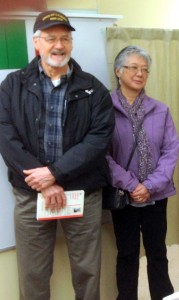 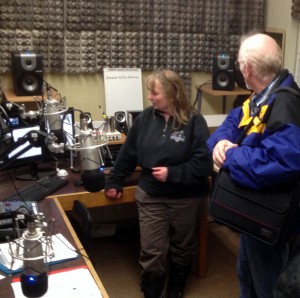 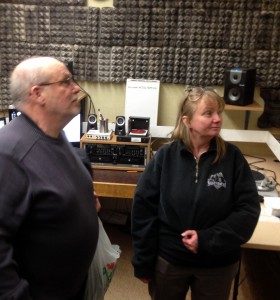 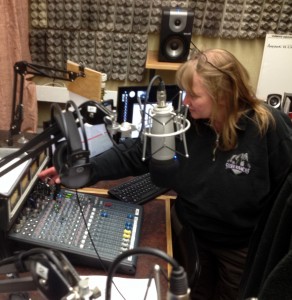 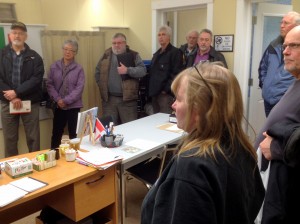 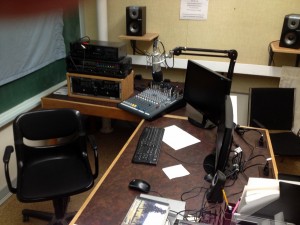