Since long before I became a ham in 1993, members of the Shuswap Amateur Radio Club have provided Emergency Communications for this major Salmon Arm cross-country skiing event in the Larch Hills.

As a fledgling skier in the loppet, I can distinctly remember being cheered on by Al VE7CAL stationed at what is now my favorite spot [Radio 3] at the bottom of Baby Moon Walk, about half-way through the 17 km. race loop.  Al, a teaching colleague, first interested me in the hobby and later became a valued mentor.

This year on January 17, 2015, Net Control from the chalet was provided by David VA7HDY and Richard VE6NT. Others manning the four radio checkpoints included Rob VA7AYL Radio 1, Terry VA7TSG and Celia VE7NIA at Radio 2, the very busy South Hub where some skiers pass as many as four times, Ron VE7RLE at Radio 3, and Patrick VE7FAT at Radio 4.

For those who have never skied the loppet or assisted with its communications, the photos provide a look at the hustle-and-bustle of waxing pre-race, our transport to the checkpoints in a skidoo trailer, usually sitting backwards to avoid the stinging pellets from the sled tracks, a look at the South Hub checkpoint staffed by Rotary and ski club course volunteers.

The final shots were taken upstairs in the chalet where radio net control share space with the computer folks who provide a constant flow of data to downtown Salmon Arm where lists of finishers are compiled, awards made and so forth.

David and Richard had already finished and packed up by the time I got down from the hill and were not photographed this year.

There were no significant mishaps or medical emergencies this year [Celia doubling as a communicator-First Responder provides oxygen and a defibrillator.] Other Salmon Arm Nordic Club ski officials — course sweepers, skidoo operators, other First Aid, etc.– use portable radios rented from Vella Radio. One of these Vella-provided radios is also monitored by our SARC net control 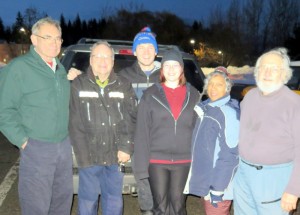 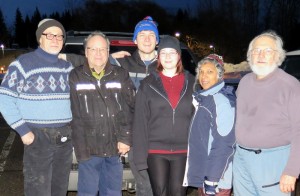 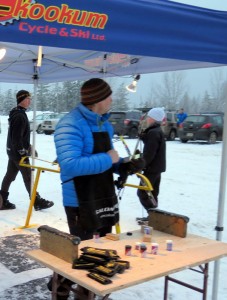 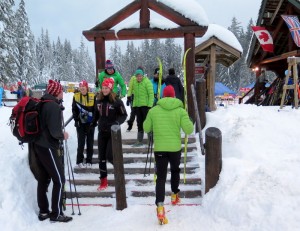 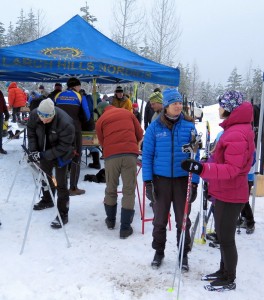 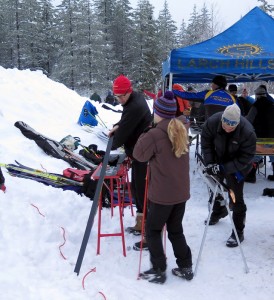 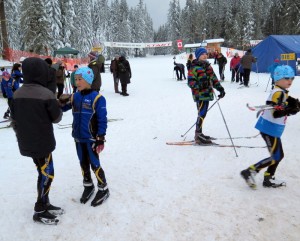 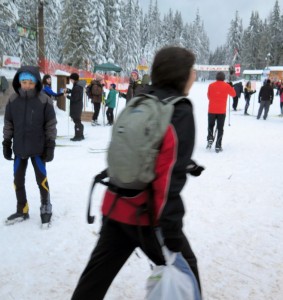 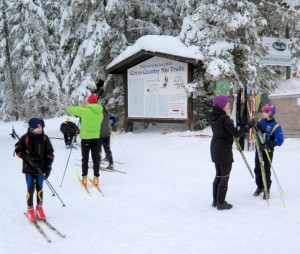 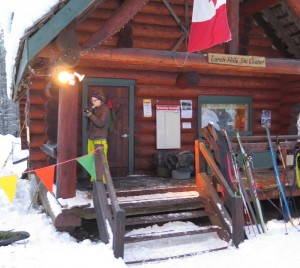 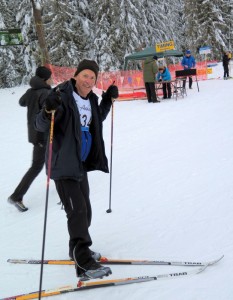 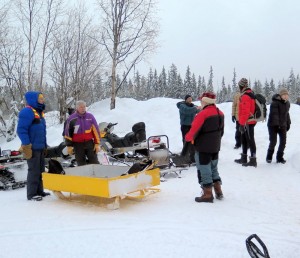 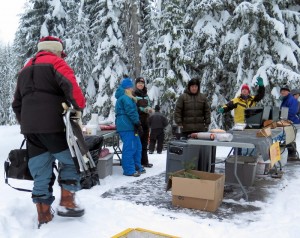 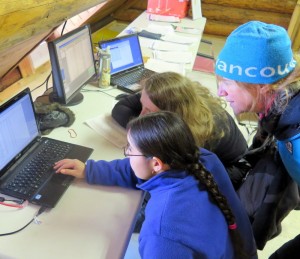 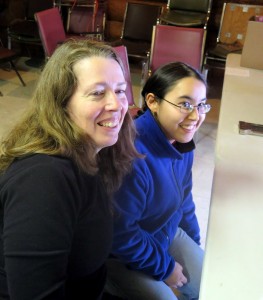