On January 11, 2015, the components of the VE7RNH repeater after having been checked and tested by Robin VE7HMN at his Mount Ida QTH, were transported to a new location where they will stay until Granite Peak in the Fly Hills becomes weather-accessible in the spring and summer for relocation to the repeater shack at 5500 feet.

Today’s new location was in an outbuilding at the QTH of Phil VE7BPH on London Lane in the Notch Hill area.

The repeater was installed and checked again.  The club’s new replacement UHF antenna was fastened to the corner of the building, and the the VHF antenna, a restored 210 C4 from the early days on Fly Hills, was secured to a nearby fence post with good-old binder twine.

The repeater suffered little interference from power lines or other sources in the nearby area, and the linking to the satellite repeaters on Adams VA7AHR 147.140+ and Queest VE7QMR 145.470- was determined to be successful.

The main linkage to Greenstone Mountain’s VE7RKA 146.960- ,however, was not successful. It was thought that the UHF connection from the Kamloops end was perhaps not operational and this question is being pursued.

Thanks to today’s helpers: Robin VE7HMN, Phil VE7BPH, David VA7HDY and Ron VE7RLE and special thanks to Robin and Phil for all of their behind-the-scenes work with progamming and logistics to make the repeater operational in this secondary temporary location prior to the summer. 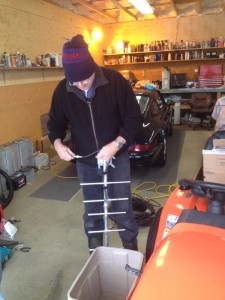 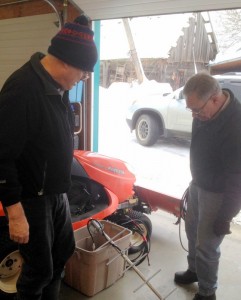 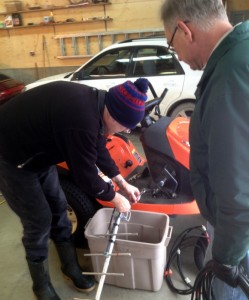 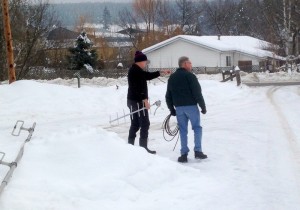 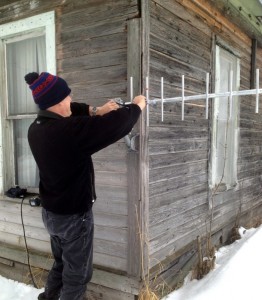 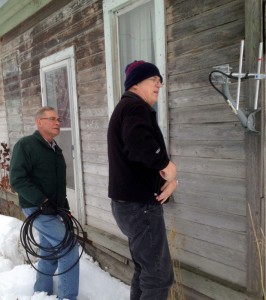 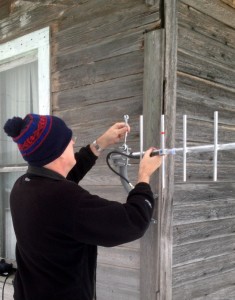 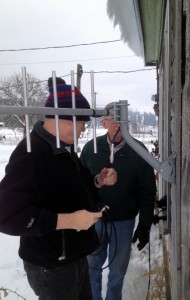 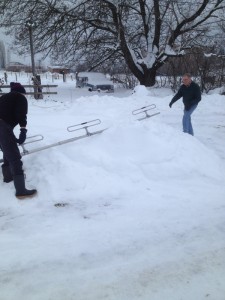 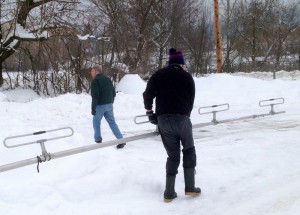 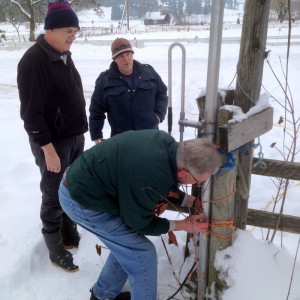 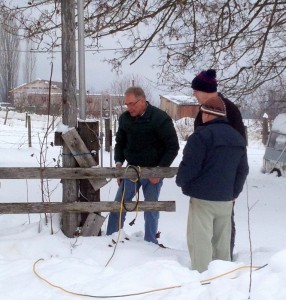 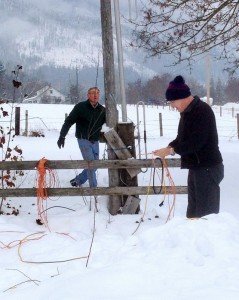 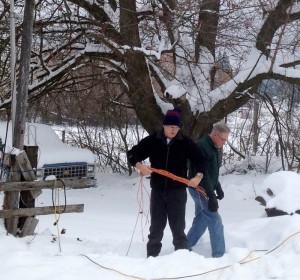 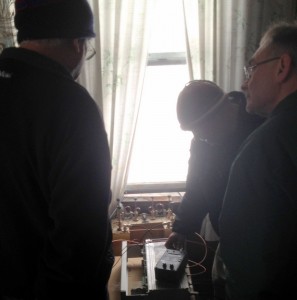 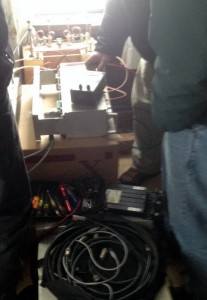 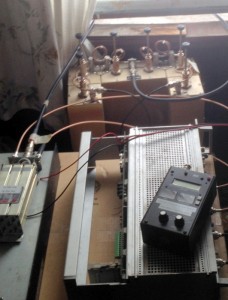 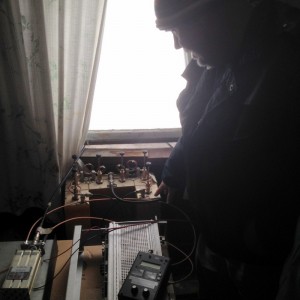 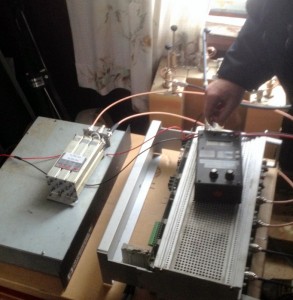 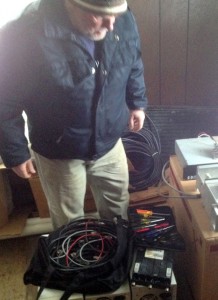 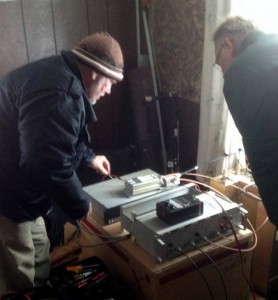 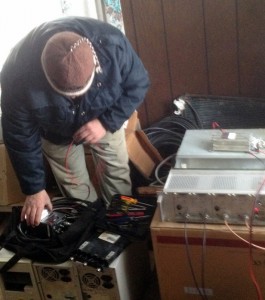 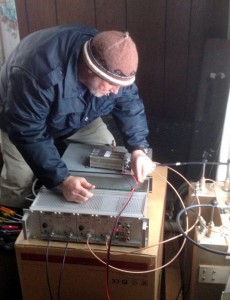 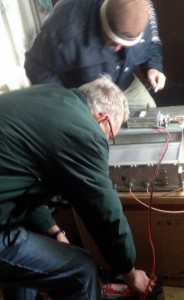 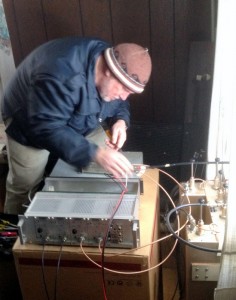