Are we having fun yet?

On October 28, 2017 members of the Shuswap Amateur Radio club met at the Eagle Bay QTH of SK Tom VE7AMM, long-standing and valued member of the club, who had been licensed as a ham almost 60 years ago.

The 52 foot Delhi tower which was in an awkward location on the lot to remain there indefinitely was dismantled and taken away, along with most of Tom’s equipment to be dispersed through club channels.

XYL Debbie was most appreciative of the club’s efforts in this regard.

The hard-working club members, modest to a fault, did not want recognition on the blog. 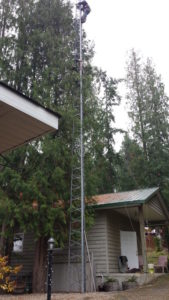 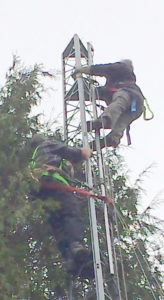