Once again several volunteers from SARC gathered at the Larch Hills ski chalet in preparation to assist with radio communications for the Reino Keski-Salmi Loppet.  The temperature at 0800 hours was a crisp -20 and not a cloud in the sky, promising a great day for a Loppet.  After a short briefing, transport out to the various stations around the course began.  Celia/NIA and Wayne/VT were going to South Hub as First Responders where they would provide medical help if required, Tim/TMK took up Ron’s/RLE old station at Baby Moonwalk, Al/AN was stationed at the bottom of Stig’s Loop and Rob/ALY was at the bottom of Hot Shot.  Each station had a supply of firewood and the makings to start a fire to help keep warm.  While the outdoor crews were getting their fires going Daryl/DBC and Dave/HDY got the base station set up in the loft of the chalet.  Peter/RZZ provided a radio in a “lunch box” for this year’s operation that was much more compact than the regular Club radio used previously.  Communications were good this year, even out of the South Hub.  Our portable radios performed well when the base radio stopped transmitting late in the morning.  We suspect a power supply issue was the problem here but we worked around it.  At 1100 net control got a request from Rob for food as he was burning so much energy he was now “starving”.  Ten minutes later a beef on a bun was delivered by skidoo.  This could be the start of a new trend on the course.  Could it be drones delivering food??

I’m not sure how many volunteers there were for the Loppet but there were over 400 skiers.  There were no serious incidents, and the weather, albeit a bit chilly was perfect.  By about 12:30 we were wrapped up, photos were taken and we were heading home to get warmed up. 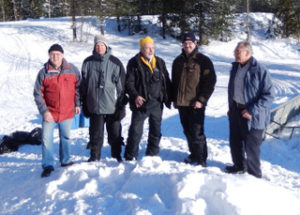 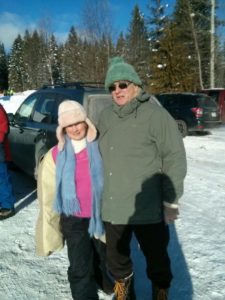 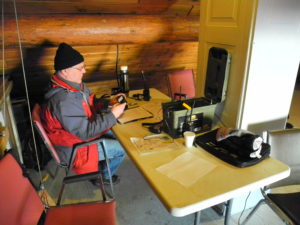 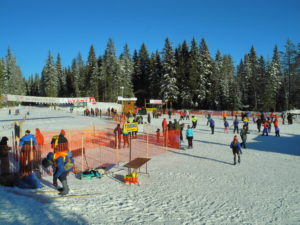 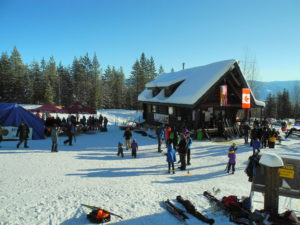 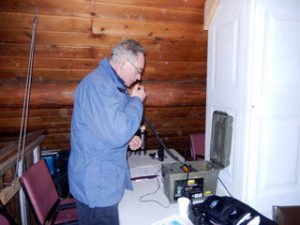 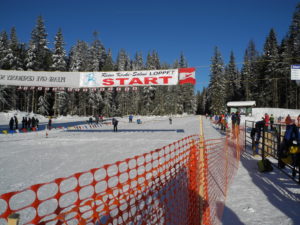 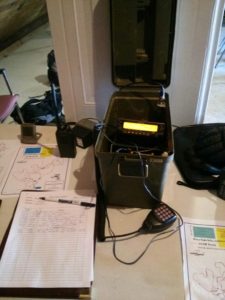 Radio in a lunch box