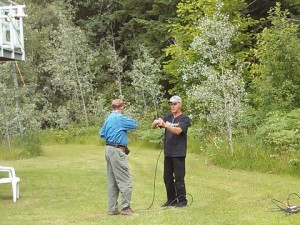 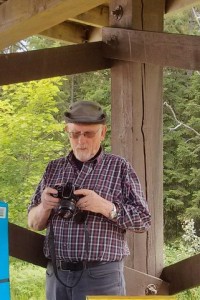 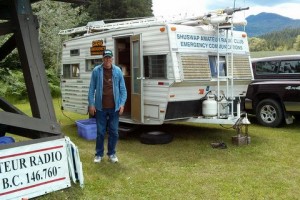 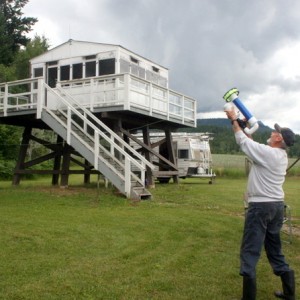 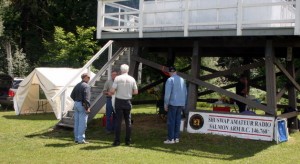 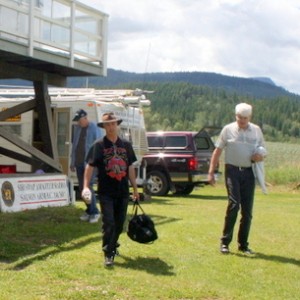 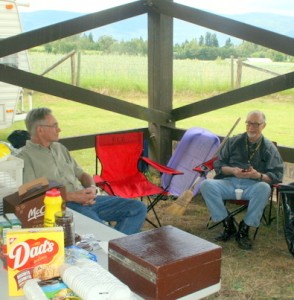 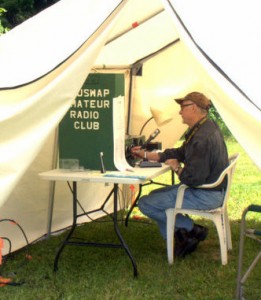 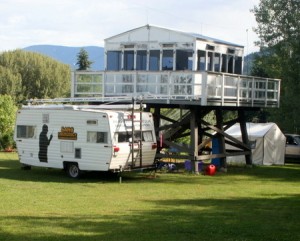 Field Day 2014 was a relaxed affair, once again being held in Haney Heritage Park on the grassy slopes near the renovated Queest Mountain Forestry Lookout set up as a tourist attraction in the park.

There were a couple of changes this year.

One of these was the contribution of Bill Anderson VE7KDK who having seen us struggling with the old slingshot-and-fishing line assembly to get dipole antenna support lines over the treetops, took pity on us and with a single shot from his compressed air cannon soared the line over the tree just where it needed to be.

Another change was when Tom VE7AMM also took pity on us, replacing our cumbersome 20 metre beam with his personal 20 metre vertical whip which he swears works better than the 20m sloper which we later set up.

As usual we operated Field Day with the 2A Report, that is, an amateur radio club operating two transmitters simultaneously.

And, for the first time in recent memory, the emergency trailer was tidied up well enough by David, Simon, and Ron to allow operators into the radio area without first tripping over exhaust pipes, mufflers, folding chairs, lamp standards and other assorted paraphernalia.

As to HF radios, the Yaesu 920, donated some years ago to the club in the estate of Harry Stainsby VE7HES, was used in the trailer, and the club Yaesu 990 because of its bulky size in a wooden case fabricated by Doug VE7DNG [SK} was set up in the roomier confines of the tent.

No one in the club missed setting up the old forestry tent which took 5 or 6 people an hour or longer on a good day–if we got it “right side out” the first time. The Deluxe Wall tent gave us good service in its second Field Day exposure.

Cleanup on Sunday went quickly —without the extra time needed to disassemble a 10-15-20 Yagi–  and the gang just after 1200 noon all repaired to the upper Tim Horton’s for the usual “debriefing” over a cold one.

Many thanks again to all who were able to participate in Field Day 2014. 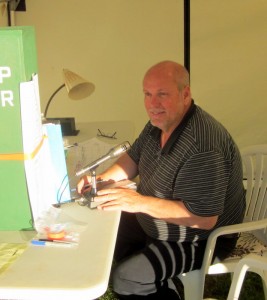 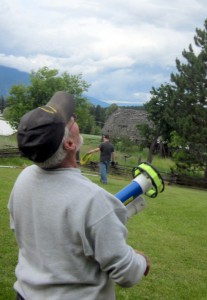 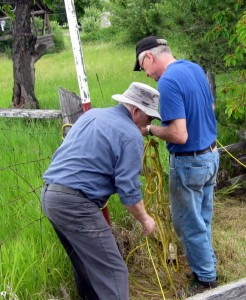 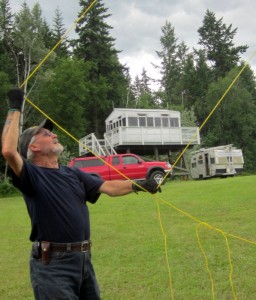 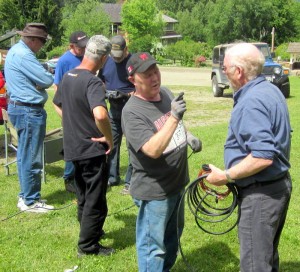 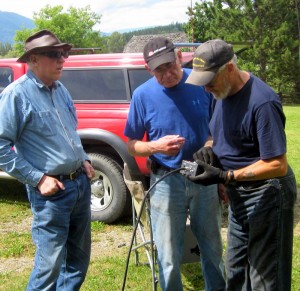 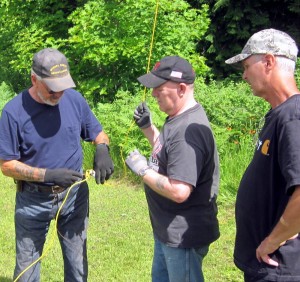 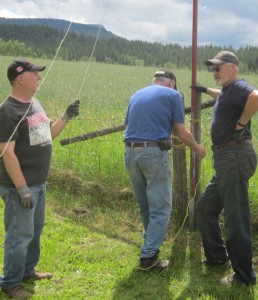 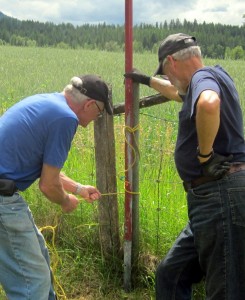 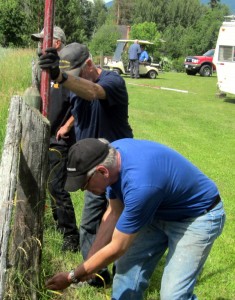 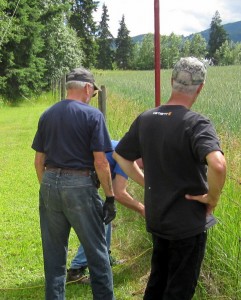 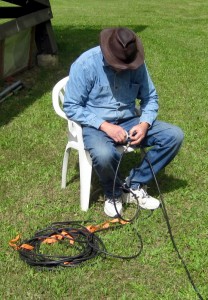 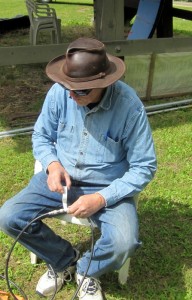 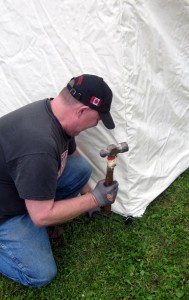 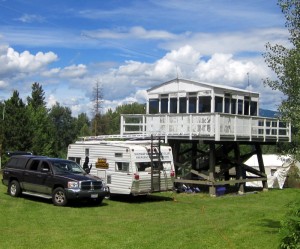