After the Tuesday lunch at Jane’s Restaurant in the Piccadilly Mall, on June 13, Robin VE7HMN, Simon VE7SHG, and Dave VA7HDY went up the club trailer at the QTH of Peter VE7RZZ for some antenna testing.

The Cushcraft antenna borrowed from Wayne VA7VT proved to be resonant on 20 and 40 and even somewhat resonant on 80.

Simon’s Chameleon antenna did not perform well, so it is back to the drawing board for that one.

This was a hot afternoon where it was more pleasant to be inside the trailer rather than out in the sun.

Our thanks to Robin, Simon, and Dave for doing some of this preliminary work.

All photos were taken by Dave on his phone and camera and were forwarded to Ron VE7RLE for this posting. Thanks, Dave. 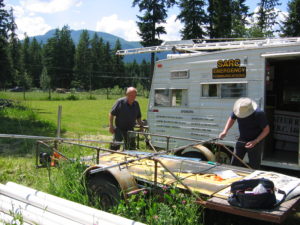 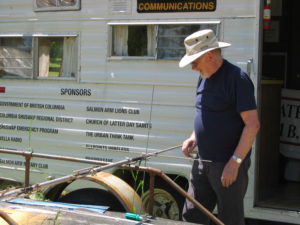 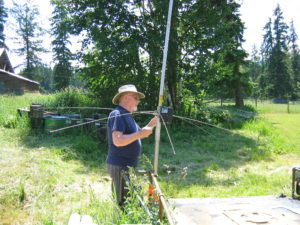