Six of the Club’s members met at the Fas Gas station at the north end of the Squilax bridge at 1100 hours on Saturday, May23rd before heading up to our AHR repeater on the nearby Adams Hill.  Phil/VE7BPH, Dave/VA7HDY, Mike/VA7MK, Bill/VA7WTT, Darrell/VE7IU, Richard/VE6DSF departed the service station for the trail head located at the intersection of the Loakin Bear Creek Road and Holding Road.  We unloaded the quads, three of which were generously provided by Bill, and once all gear was loaded up we were on our way up the mountain.  The ride was on an old, unmaintained access road so progress was cautious and took nearly an hour to reach the repeater at the top.  We saw reasonably fresh bear tracks and scat on the way but felt we had safety in numbers.

We replaced the damaged battery and a cable, topped up the water in all the batteries and checked the voltages. Phil also checked the VHF and UHF telemetrics and the duplexer insertion loss.  All were good.  Richard and Mike modified a length of ABS plastic pipe so that it would cover the open top of mast through the roof so water and snow will not get into the repeater shack.

The weather was warm and sunny, the view from the repeater stunning and the drive up was through varying types of forest growth.  All in all the service trip to AHR was a great outing. 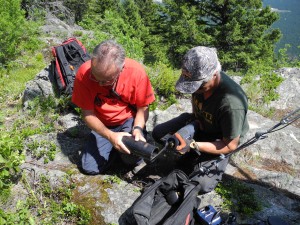 Richard and Mike work on cap for pipe through roof 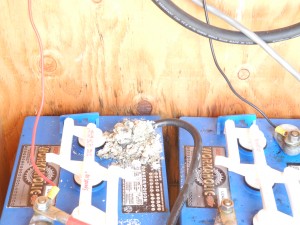 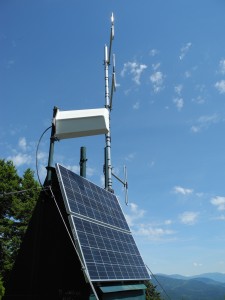 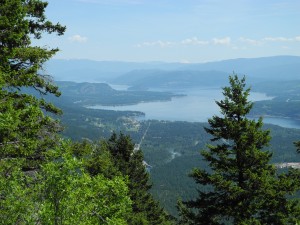 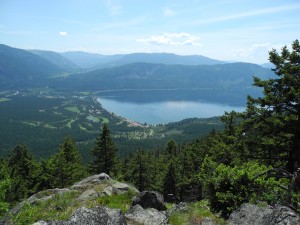 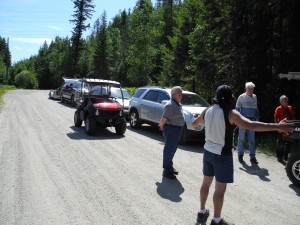 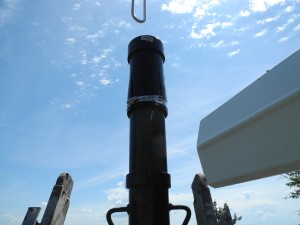 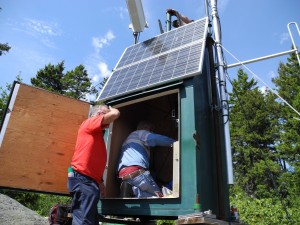 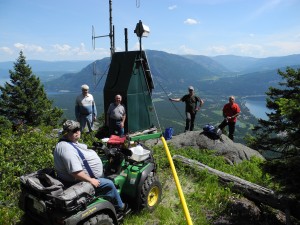 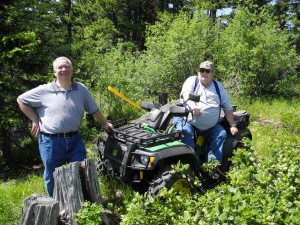 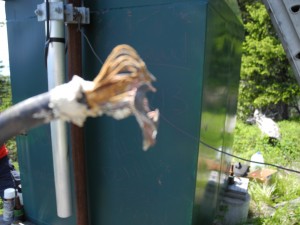 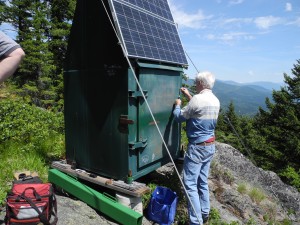 Phil opens up the shack

One thought on “AHR Service Call”